Two Double Box Sets I Did for iPad Demos...

I am putting together a tutorial on how to use TriCaster to produce demos of iPad applications. It will include the end-to-end process from external hardware setup to device configurations. As a part of that, I created two double box livesets that I'd like to share with everyone here.

I've attached two thumbnails here, and will add the zip files with the actual sets as an additional post: 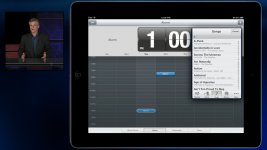 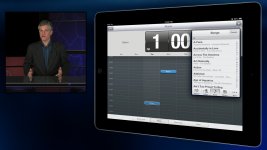 FYI: Can't upload the actual sets here for some reason - maybe size? I'll keep trying to figure it out...

Looking forward to this instructional.
A

hi
the tutorial is included in the zip file?

and other question about your examples, how do you put a virtualset in input A ?
Last edited: Oct 4, 2012

I am still working on the tutorial - I created the sets as part of the prep work I'm doing for this, and though I'd share it here on it's own. I hope to put the tutorial out over the next few months..

I have an TC XD855, so I don't have a direct way to insert one virtual set inside another. If I'd need to do this live, it would require a second TriCaster (a great reason to add a TC40 to an existing TriCaster setup BTW...) or the new TC-XD8000.

If you don't need to do this live, I would do it in two passes. On the first pass, I would run through my demo live within whatever virtual set I want, recording the virtual set footage (via AUX or PRG out) and iPad screen via the source that has the iPad/ATV Mirror feed. I would then load these two recordings into DDR 1 and DDR 2 respectively, and use those as Input A and Input B in either of the iPad Virtual sets.

If you don't need to use a specific virtual set, but just want to provide a good backdrop for a green screen narrator, that can be done as part of the backdrop built into the virtual set itself. Let me change the sets with this kind of backdrop and upload them for you...

Hope this helps,
John
A

thx for explanation ,i'm learning a lot with all of you =)

I wanted to get back to you with the revisions I mentioned in my previous post. I've attached updated sets here - the layouts are identical to the previous sets, but the background behind Input A has been changed to a visual element pulled from the "Nightly Show" set and would blend nicely if used along with that set. This could give you a fake "virtual set inside a virtual set" if you didn't need anything else specific in it. 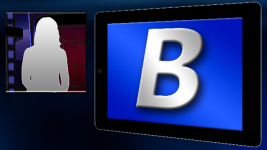 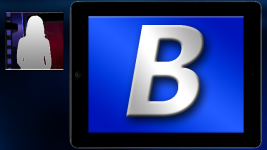 Sorry for the delay in getting this to you - I've been on the road and really tied up.

thanks a lot for your time.

My pleasure... Hope you get some use out of it.

If you do get the chance to do something with it, send me a link - would love to see what you're working on.