Hi I'm having a problem with my NDI HX Camera android app. 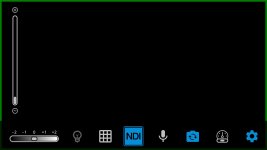 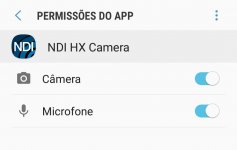 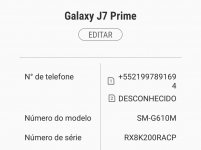 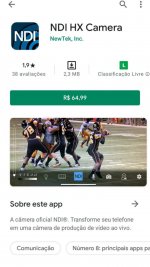 Staff member
A couple of thoughts:

2) While other members may have some ideas and comment here, since this is a pretty recent release it might be helpful for you to file a bug report. The method described in the post linked below should work for you.

I'm seeing a different problem - video in the app, but no video in Studio Monitor.

Is the app sending when the NDI icon is blue, or when it's white? Totally non-obvious!

Thanks, Kane. Bizarrely (having changed absolutely nothing on PC, network or Phone) it's now working for me.

Received video is very choppy, though. Every couple of seconds everything freezes for a fraction of a second, then resumes. Probably best if I file a bug report?

You can see the network bandwidth dropping to near-zero during these dropouts here. Wifi is good and strong. 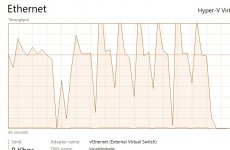 I see the network interface is virtual in your picture above, how does it work on a non-virtualized system? Is the system connected to the network by wired or WiFi?
K

i am having same problem. did you find any solution ?
K

Are there anyone ?
K

I have the same issue. What is the solution you have found, please ?

I have a similar problem. Once running NDI HX Camera App, Studio monitor did not receive any signal from my Samsung Galaxy J7 (Android 8.0)

Is there a fix or workaround?

I just added the app and it's not working. The same problem reported by other users occurs. Only the audio from the camera is coming. The video signal does not come.
I have the firewall disabled, etc.

I have owned the app for 3 weeks and tried on a number of Samsung Android versions all above 6.1.1.. I get a beautiful picture on the device. We use vMixHD for our video mixing. When porting NDI I'm getting only black screen. I have used other IP Camera tools on the same devices and get video transmission with no problems . I was using NDI Camera for Android 1.1 and it worked great. I was happy to purchase a copy of NDI/HX from Newtek but at this point its looking like money that could have been spent on the lottery.

I was able to achieve success this evening connecting to vMixHD video system running NDI 4.6. I had to connect my Samsung Note 5 phone running 7.1 Android and NDI/NX about 15 ft from streaming device. Once successfully connected I was able to move phone in place about 75 feet direct line of sight.. Quality was exceptional, latency as good as wired cameras connected to production unit.

Question: Can the Amazon Tablet run the new NDI/HX camera app? Yes, but you have to basically jailbreak the Tablet. I have successfully installed NDI/HX camera app on two Amazon Fire HD 8 8 Generation tablets. The Amazon 8th Generation tablet is running a modified Android 9.1 version. You have to download a tool called “Fire Toolbox” to clear-out Amazon apps and install Google Play store on the device. Here are the step-by-step link to the tool https://forum.xda-developers.com/t/windows-tool-fire-toolbox-v14-0.3889604/

After using the tool, I was able to install my Google account where I purchased NDI/NX camera app and installed flawlessly on the Amazon Tablets. Special Note: Also install Chrome on the newly jailbroken Fire Tablet for syncing your Play Store accounts.

Why not just buy another cheap Android tablet? That is certainly an option but genuine android versions must be installed or NDI/HX misbehaves. I experienced that purchase last week with an off-brand Android Tablet, Pritom. All I could get is black screens. The recent NDI fix week of April 26, 2021 seem to have addressed many of the android black screens and communications problems.

If you are like me and have extra Tablets sitting around, why not use them. The Amazon Tablets were short on resources and I needed only access to the 2 MP Camera to use as a secondary video source. It’s worth taking time to jailbreak. The Amazon Tablets also support 5G WIFI and that is great for working with other products connected to video mixers.
Last edited: Apr 27, 2021
C

but my first refund hasn't arrived yet and I had to pay again.
Click to expand...

Get the PC off wifi and it should get closer to usable latency. It is possible. Also obs.camera app provides a lot more manual control and should let you pick lenses.


achiele said:
I just added the app and it's not working. The same problem reported by other users occurs. Only the audio from the camera is coming. The video signal does not come.
I have the firewall disabled, etc.
Click to expand...

Yeah, no. Not so much. All the 'blue' indicates is that communication is alive. According to the Analysis tool video and audio handshaking succeeds, but no stream info is detected after that for video, only audio.

I've joined the growing chorus of Samsung users reporting problems with the app on Android. My phone, a Moto G7 Power, works fine, with video detected by the tool. But the last 2 updates have bricked my Samsung tablet.

Given the noise level of the complaints and the paucity of acknowledgment, I'm expecting a satisfactory response (like a fix, maybe?) around 3Q '21.
S

We used the Android NDI HX Camera APP for a quite long time, without any problems. Great implementation, which helps our church a lot.
Unfortunately since the last update 1.30 the screen keeps black and no image is captured.
Before it worked without any problems and latency. I was very happy about such simple solution.

We use it on two "Samsung Galaxy Tab Active 2" (Android 9, latest Updates), which both stopped working.
I tried on a Samsung A50 and Samsung Galaxy Tab A, which still works, but have a worse image quality, because of Camera.
Camera at all, are still working on the tablets with black screen.

Since some days I try to find an old apk to downgrade. But I only found some on very dubious pages, where I don't want to download. Because it is a commercial app, the general apk downloaders are not working.
Is there any option to get an update, or can someone share the apk of the previous version before 1.30

Yes, I too own Samsung Devices and was very upset the thing was not working. I finally have success. I had to clean the device. I also restarted the device and reconnected to my internet. Now it's working just fine.
You must log in or register to reply here.
Share:
Facebook Twitter Reddit Pinterest Tumblr WhatsApp Email Share Link
Top Bottom