3x the cores 4x the speed. That's a pretty serious change, considering i7 releases were basically at a trickle in terms of performance gains for years. Things have been exciting since AMD released Ryzen.

some of you might have heard about the new AMD 5900X

Nice. It'll be interesting to see when more benchmarks come out, but looks like it's going to be a fairly substantial improvement on the current lineup.
C

Not the insanely stellar numbers that I'm seeing on smaller renders, but here's the MacBook Air M1's results: 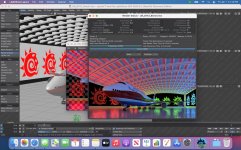 I will join the fun, I will be back after renders.
D

I will join the fun, I will be back after renders.

I noticed that there was am 8GB M1 MacBook Air above that took 54 mins.

I just ran it on a 16GB M1 MacMini and it took 34m 34s. LW miss-reports the memory usage which is actually 5GB (or less) from the Activity monitor.

I never heard the fan on the MacMini. The GPU utilisation was basically 0%, so it could be used in the background with only a small impact on the rendering. Using the machine for other tasks at the same time as rendering is almost as if you are not rendering.

If they produce a 32 core M processor, I would not be surprised if this render time was under 4.5 mins and I would never expect to hear the fans. 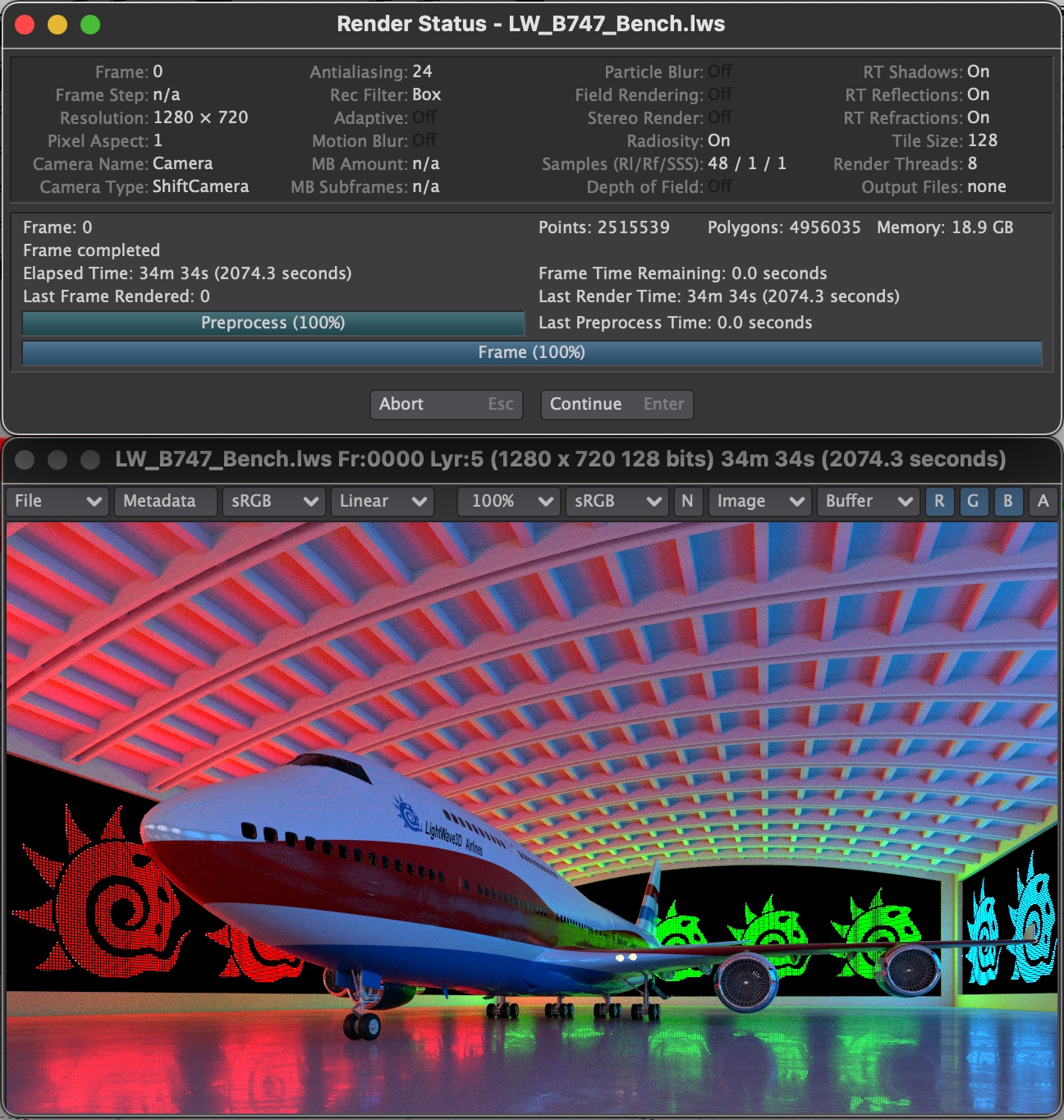 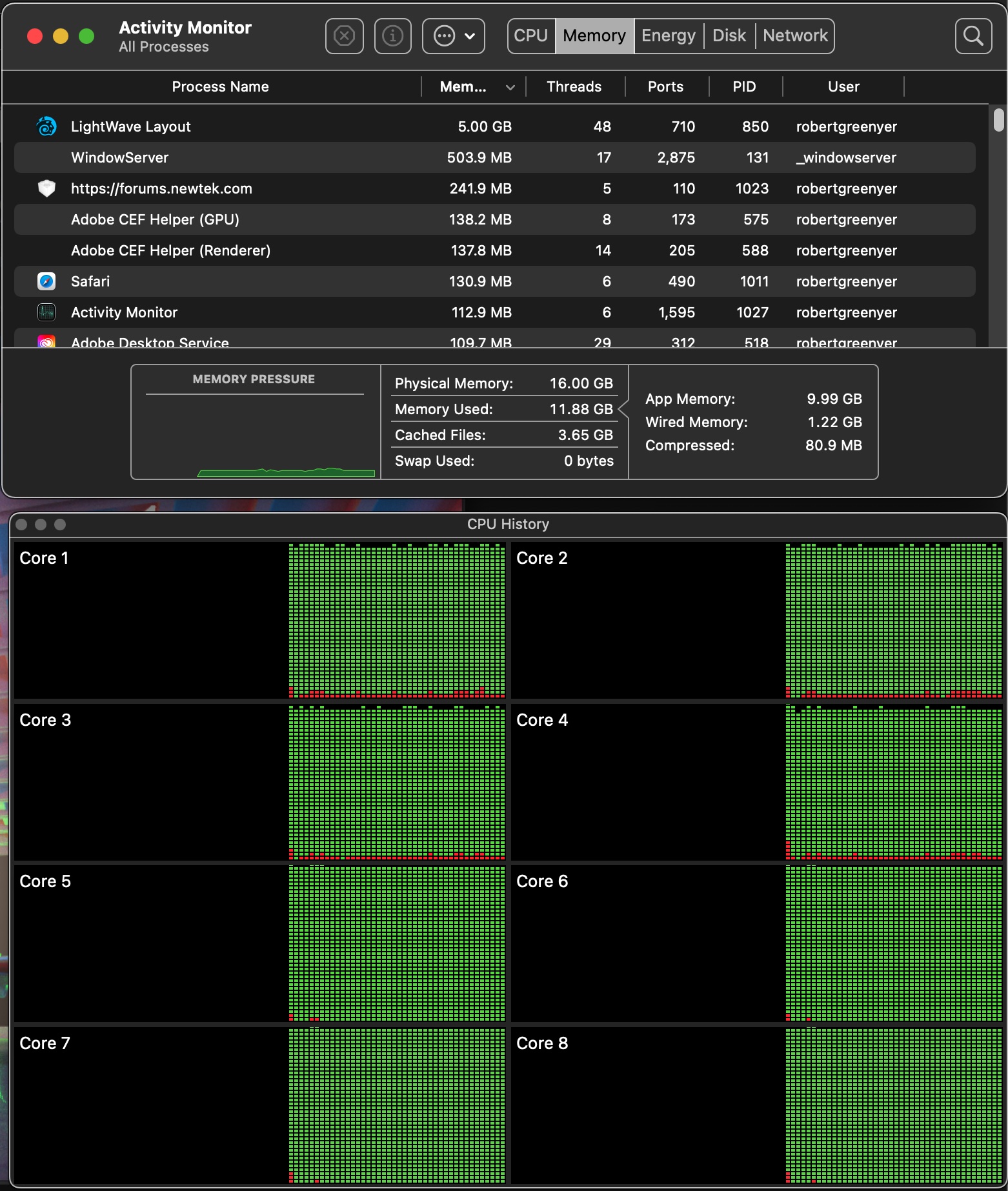 Ok, I did the volumetric one, it is a lot slower. 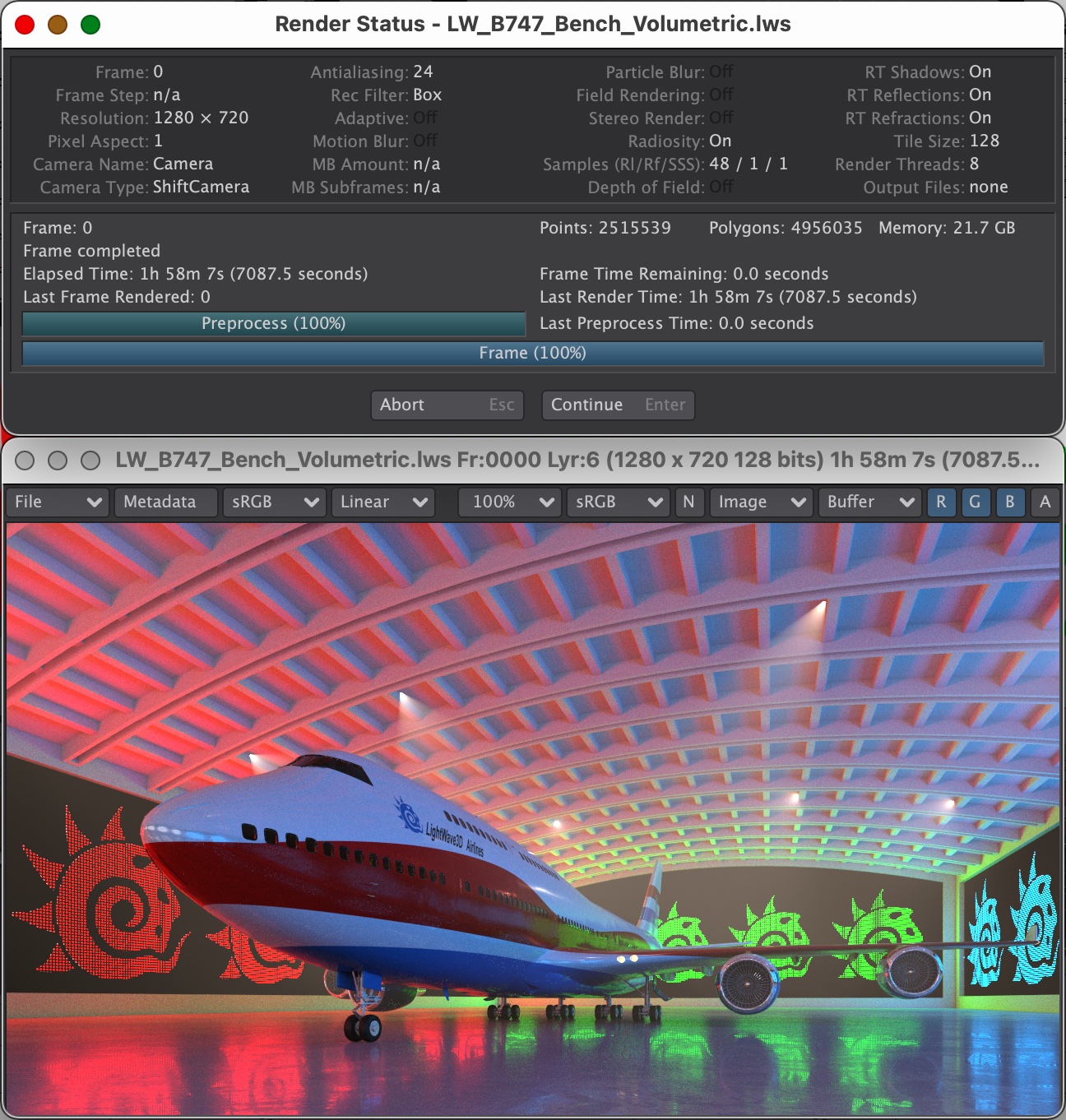 A friend of mine ordered a brand-new 16-inch M1 Pro MacBook Pro. It arrived yesterday, and he graciously allowed me to borrow it for a bit to run the 747 benchmark render. As luck would have it, I also have access to this model's immediate predecessor, the 2019 Intel MacBook Pro, which I ran the benchmark on last year.

Now, this is the midrange M1 MBP, with a 10-core processor. The Intel laptop is the high-end non-BTO model, with a 2.3 GHz 8-core i9 (it was configurable to a 2.4 GHz version, but my job apparently doesn't keep BTO models on-hand).

TL;DR, the old almost-maxed-out Intel MBP did the benchmark in 25 minutes and 28 seconds. The new midrange M1 Pro laptop did it in 27 minutes and 16 seconds.

Considering that Lightwave hasn't been recompiled for Apple Silicon and is running through the Rosetta II translation layer, that's pretty close to "no regressions" as far as performance goes. While this isn't quite an apples-to-apples comparison (sorry) since it's the high-end versus mid-range configuration, the difference between the M1 Pro and M1 Max is in the amount of graphics processing and RAM, they all have the same ten-core CPU, so the results would likely be the same if I did run it on the top-of-the-line system, since Lightwave doesn't use the GPU for rendering.

However, assuming Lightwave doesn't stop working on future versions of macOS the way older versions have already had the interface bug out (oh, by the way, Lightwave seems fine on macOS 12 Monterey, if you were worried about upgrading), then next year's laptops should overtake the last Intel MBPs in terms of performance. It also remains to be seen if the desktop version of the pro M1 chips will have more CPU cores than the laptops (I'm thinking "probably"), because I recently upgraded to the 2020 Intel 5K iMac. I neglected to run the scene on that one, and I'm moving house, so it'll be a couple weeks before I can set it back up and get a hard number, but in other scenes, it rendered in about half the time as the 2019 MBP thanks to having so many more cores. So if Apple sticks to a 10-core CPU max for pro desktops (and they probably won't, I wouldn't be surprised if they just stick two or even four M1 Maxes into them), then it'll be much longer before translated Lightwave catches up to Intel-native Lightwave on desktop Macs.

Also, the M1 MBP had no fan noise and didn't heat up to the touch while rendering with all cores pegged. 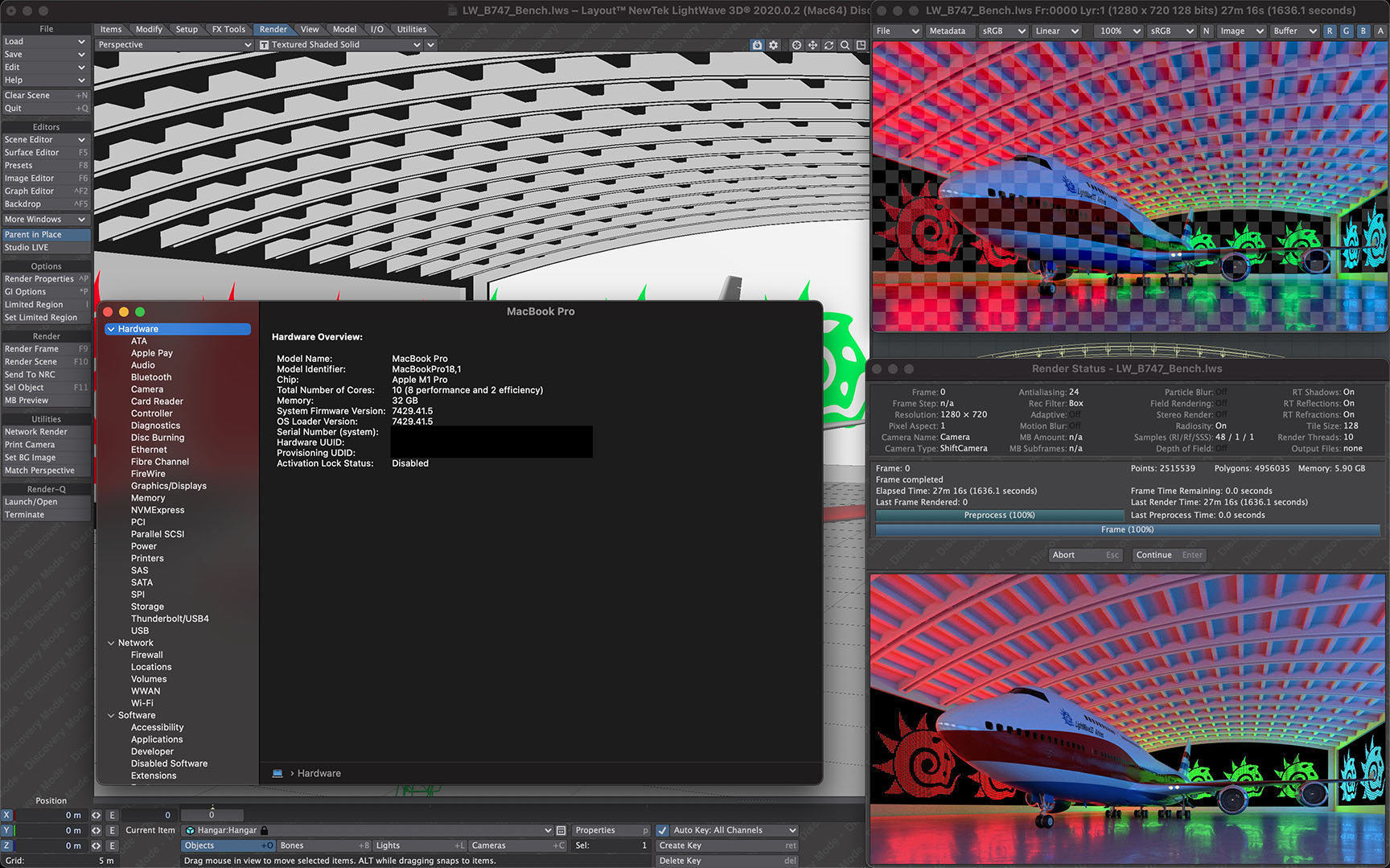