I have a plugins for AURA-VT (ie. Video Paint on VT5) that can import text file and convert text into aura frames. you can use AURA as a caption (subtitle) system and key the AURA screen directly into VT program out by using DSK. 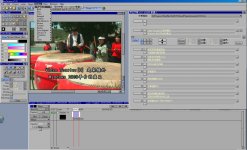 This is the CCS, Aura plugin on demo. You can see the interface here. You can select a text file, setting Aura with font attributes you want, and you are ready to key subtitle to live video with VT. 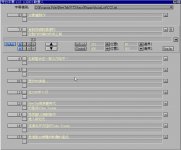 This is the UI details. You can control which line to output, line positions, alignment, vertival or horizantal display,.... 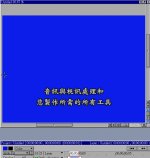 On Aura, you can choose to just see the subtitle with color background, or with live video on background. That is importantant when use it on live. 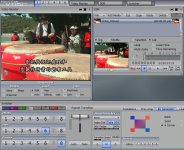 On VT switcher, choose AURA as DSK source and you are ready to have subtitle on live video. 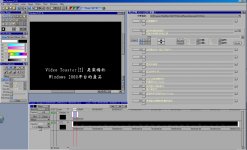 Or, you can convert/render AURA frames into sequence image files. You can import those sequence files into SpeedEDIT and overlay them with you video clips (best with tool shed "cut to music" feature).

The demo screen still using my original sample Chinese text file and still showing "Video Toaster [2]" on screen. It is a history evidence.

I wrote this plugin few years ago (at the time of VT[2]) for local Taiwan video studio. In Taiwan, we need to put subtitle on most video program according to the video program regulation.

This plugins still works on VT5 since it was wrote for AURA. Aura did not updated too much since VT[2]. Of cause you need to learn some basic operations of AURA before using it.

The only issue for you guys to use this plugis is it's UI was written with Chinese. Sorry, I lost the source code so I might be unable to modify it into English. However, the UI is simple. Only few Chinese over there.

Contact me if you are interested in this Aura plugin. Use my email or skype (animlab).
K


SBowie said:
Seriously, this is already native to SE. You just drag in ASCII text file onto the canvas and choose how many lines to read before creating the next new page - done. VT[3]'s version of VT-Edit is just too long ago to recall for sure whether it was there or not (I think it was).

BTW, if loading your text file into Notepad messed it up, the original probably wasn't actually a text file (.text) - maybe a .doc?
Click to expand...

Hi Steve, Great new products as usual!
Had a user ask about this old post. He was puzzled as to whether you were speaking about SE in Vt or standalone SE.
I checked out SE v1.5 and it has the import feature , but not the number of lines to a page break.
If this feature is in SE2 standalone, than we get another reason to upgrade.
Thanks again to all of the great people and products at Newtek.
Ken Weaver
[email protected]
You must log in or register to reply here.
Share:
Facebook Twitter Reddit Pinterest Tumblr WhatsApp Email Share Link
Top Bottom